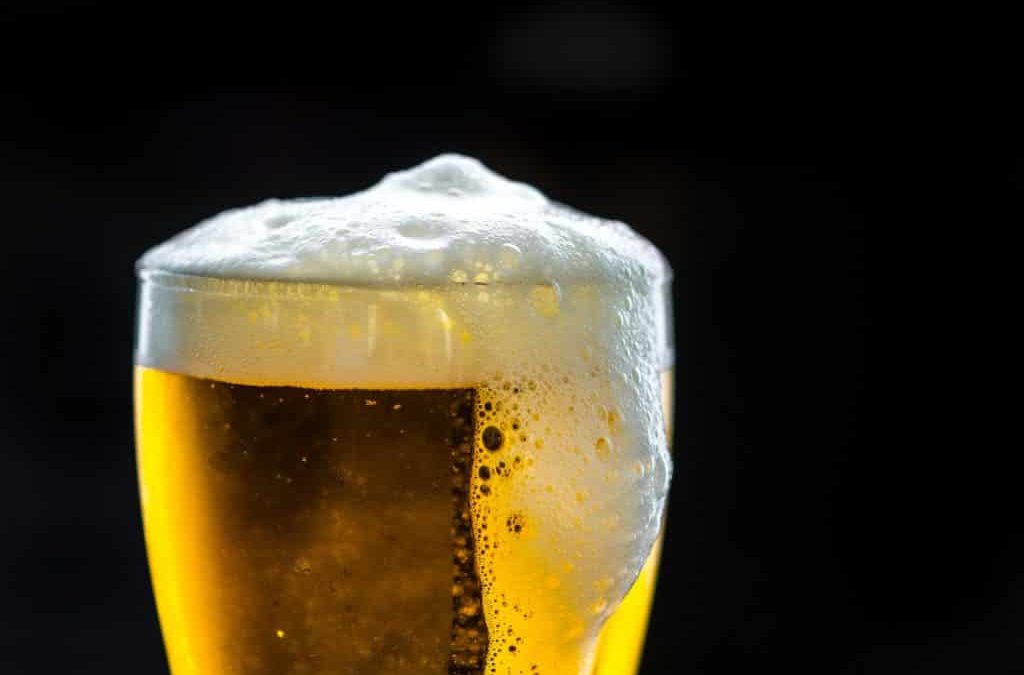 If you’ve ever been bummed to miss the Olympics of beer – the Great American Beer Festival – worry no more, there’s plenty of beer to go around in Colorado and Denver alone. People come from all over the country to check out the local microbrew scene in Denver, so we thought we’d round up our top favorite 10 breweries which appeal to every beer fan from IPA’s to Stouts and Sours. I may not be a brewmaster, but I do love beer and have a thing for fun brewery hangouts!

What’s better than a metal themed brewery with killer beers? Nothing. They have everything from Farmhouse Ales to Sours. Sensitive to metal themed art? This brewery might offend you. I was surprised to find a lavender ale on the menu for the first time I stopped by TRVE – especially with a photo of Satan right behind me. There’s something soothing about the bloody screams from the heavy metal music and drinking a cool lavender beer on a warm Summer afternoon. 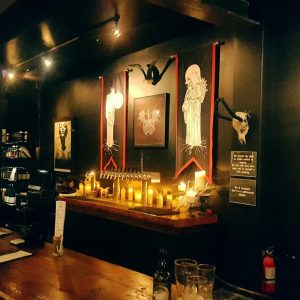 This little hidden gem right outside Denver has not only delicious IPA’s, but they also have a full cocktail menu and amazing food (which is hard to find at breweries). Take a walk around Old Town Arvada while you’re grabbing a beer. If you’re into Kombucha, this might be your one stop shop. Their Diya Kombucha beer is a local favorite, as well as the Black Lipstick dark sour. They have live music on Thursdays and Saturdays, so check it out and bring your pooch to the outdoor patio.

Oasis Brewery is one of the oldest breweries in Denver, believe it or not. They were cool before craft beer was cool. Oasis, located in the Highlands neighborhood has a killer red ale and a cool Egyptian theme inside their tap room. This brewery is definitely one of the higher end tap rooms I’ve been to, but you’ll feel like a Pharaoh, so why not? 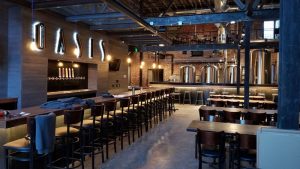 One of the more popular and well known breweries in Denver, Great Divide has been around for 25 years! The Yeti Imperial Stout seems to be a crowd favorite. There are two locations, so make sure to stop by both. The RiNo location is quite smaller, and you’ll be swimming in a small room full of transplants – if that’s your thing. 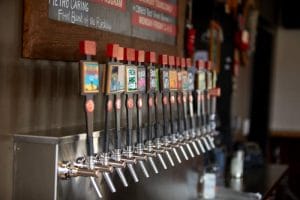 Joyride is the oldest Brewery in Edgewater, right outside Denver. With their newly built deck, you have awesome views of Downtown Denver, Sloan’s Lake and on a good day, you can spot Pikes Peak! Come here for the dogs and try their Ice Cutter Kolsch. Have a dog? It better be well behaved, I’ve seen some arguments over dog barks and growls here. 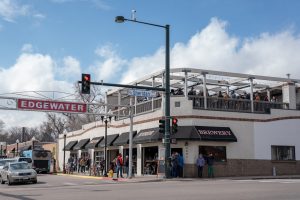 A popular beer in and outside Denver, they are used to winning awards at Beer Festivals. The taproom, located in Aurora, seats 180 people! Beer fans loves the Dry Dock Hefeweizen and Apricot Ale, not to mention you might get lost in this place (it’s huge!) 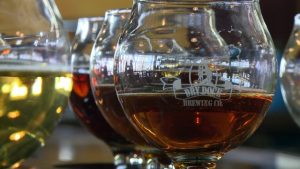 A newer brewery located in Lakewood, is right next door to the infamous Casa Bonita. Come here for the people watching or try one of their delicious Hazy IPA’s. Have a dog? Westfax is dog friendly! I personally love to sit outside and people watch since you get a clear shot of Casa Bonita from their patio. I can guess who’ll need a Tums and who didn’t eat their taco salad. 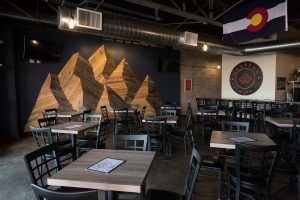 Founded by 3 ex-Avery employees, this brewery located on the favorite Tennyson Street is sure to have a beer for everyone. They have fun events and marketplaces in the Summer. Enjoy their live music on the patio and fun arts and crafts workshops. 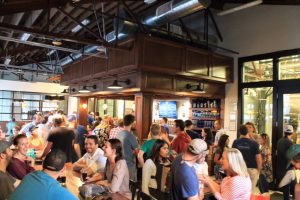 You’ll be sure to find something you like at Ratio in the RiNo district of Denver. Even if it’s not the beer you’re after, they host comedy shows, art and yoga classes.The French Saison and  Chocolate Rye Scotch Ale are the favorites amongst locals. Don’t expect smiles or customer service here, they keep it real and want you in and out. 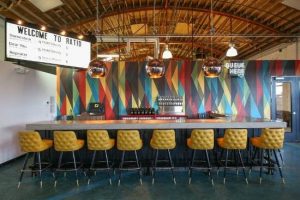